Let us now discuss the object-oriented workflow of the VIBES Toolbox. Object-oriented programming (OOP) is a popular paradigm in software development, which is perfectly suited for sound & vibration analysis in MATLAB. It is not necessary to be an expert in the programming part; instead, it is essential to know how to use the pre-designed classes of the VIBES Toolbox for your purpose.

To start, we will have a look into the vibes.TimeSeries class. Objects from this class can be seen as a representation of a stream of time data, which has multiple channels with (measurement) quantities, a time vector with length and sampling rate, and perhaps some descriptive properties. In standard MATLAB use, this probably means having several variables in your workspace, each representing some part of the abovementioned information. Concerning data representation, the vibes.TimeSeries object can be seen as a struct that contains all this data under one variable.

The object properties are shown organized in categories so that one can quickly read the important information from the display. Some properties, such as the Time vector, are not shown in full: by clicking on All properties these are revealed too.

It is good practice to provide complete channel information, including quantities and units, which can be done by setting the properties of the channels. We will use different approaches to do that:

The fact that these changes are seen in TS may come as a surprise, as the channels were not re-assigned into the TS variable. This reveals the very nature of the object-oriented way of working: the variable ch is actually a reference to the channels that are hosted in the object TS, meaning that the ones in the object and the separate are the same. This is checked by comparing their so-called handles:

Slowly, we have moved into using a second strong suit of objects, which is their class-specific operations known as “methods”. Methods are just functions, but they operate on objects and can be called by the syntax out = obj.methodname(arg1,arg2,...). Let us review the methods available for the vibes.TimeSeries class:

Most of the methods have their own documentation, which is best found by typing vibes.doc and pressing TAB to activate auto-completion, for instance: 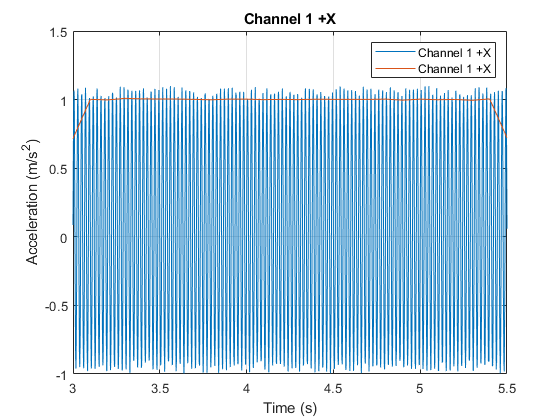 Example of a time series plot

You can now see how one does not need to provide “boiler-plate” code such as xlabel, ylabel, title nor any for loops over matrix dimensions: the VIBES Toolbox does this for you based on the data and meta-data set in the object. 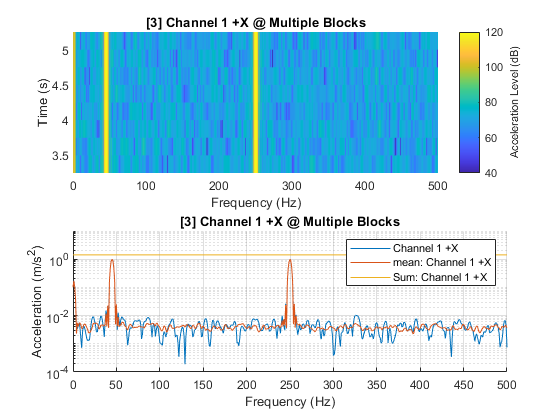 Example of a frequency blocks plot

To export your objects to SOURCE, add the '-native','-v6' extension to the save command: