A Virtual Point (VP) is an interface used to connect components that allows the engineer to build up, for example, a full-vehicle model. The point is “virtual” because typically it cannot be measured directly. By placing sensors around the VP and by assuming the local region behaves rigidly, DIRAC transforms the measured data as if it were measured at the VP.

The Virtual Point includes both translational and rotational degrees of freedom data, which traditionally is impossible to obtain. The transformation also gives valuable insights into the quality of the measured data and the resulting FRF model. Force impacts are transformed similarly. 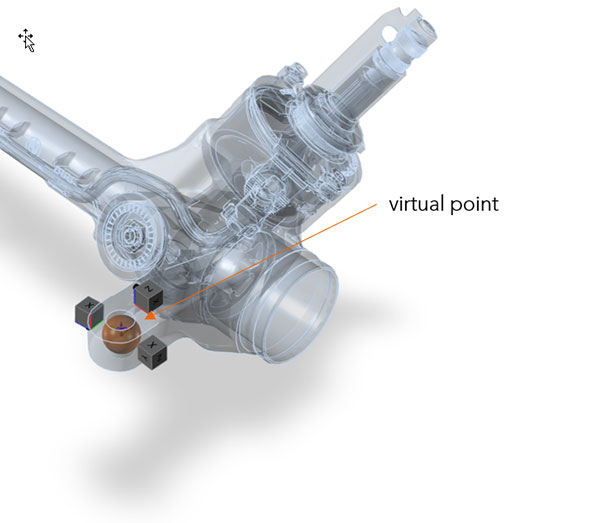 Accurate and reliable Virtual Point FRFs created with DIRAC are key to successful sound & vibration engineering and are crucial to perform advanced analyses such as Dynamic Substructuring or Blocked Force source characterization.