Using the blocked force approach an overseas OEM was able to predict the NVH performance by combining test data and FE models and reduce interior noise by ~15 dB. Our DIRAC software was used to prepare, measure and analyze the FRF measurements. While performing the actual measurement, every single measurement point was evaluated on the spot, using virtual point technology and quality indicators, therefore optimizing the process and duration.

Traditionally, compressors are mounted to the internal combustion engine which helps to minimize the transmission of structural vibrations. With electric vehicles such mounting is not feasible and new isolation stages must be designed to meet the desired NVH performance in the vehicle. 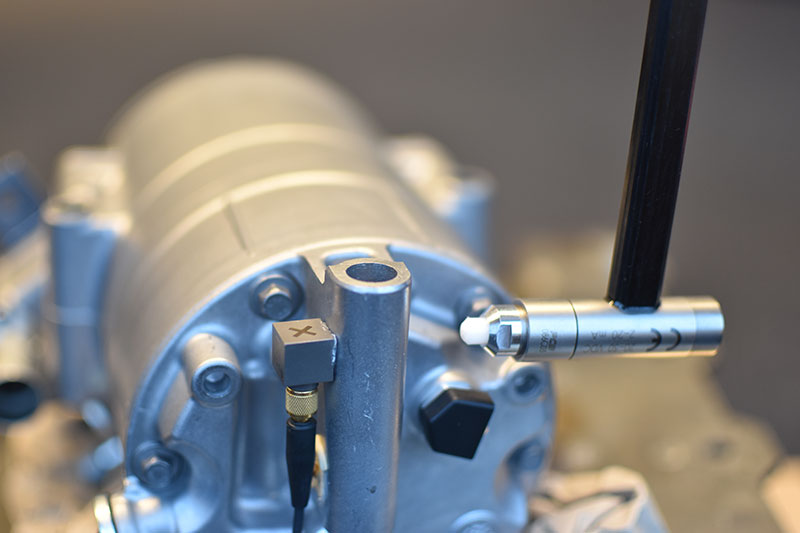 The execution of the project follows steps 1 to 5 of the Source Characterization Workflow as the in-vehicle noise predictions themselves were performed by the customer. The compressor testing environment was provided by our partner IPETRONIK. The design of the supporting structure for the compressor was performed and analyzed in-house, to ensure a correct dynamic performance of the test bench for the characterization.

We used DIRAC to prepare, measure and analyze the FRF measurements. While performing the actual measurement, every single measurement point was evaluated on the spot, using virtual point technology and quality indicators. This ensured that the resulting blocked forces of the compressor were independent from the testing environment. 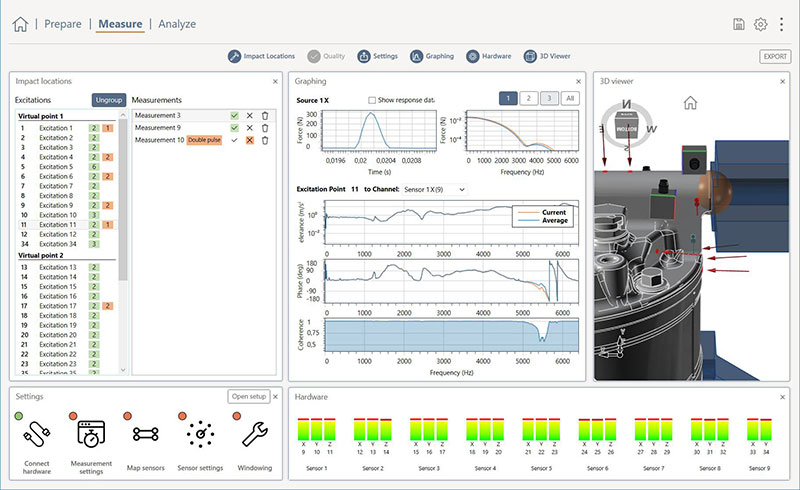 The key results in the project: