After another year not being able to meet up with the whole team (which kept expanding in the meanwhile), at the end of June we were finally able again to meet in person. This time we all went on a trip to Munich. As most of us haven’t seen the Munich office yet, this was a great chance to do so. On the 29th of June the whole team gathered for a three-day trip to Germany. Two of our colleagues just joined VIBES; Kaloyan and Benjamin. They were lucky to get this experience right at the start. Let’s find out how they experienced their first team event and get to know them a bit more!

“I started working at VIBES in June, just in time to join the team event. It was a unique opportunity to get to know everyone from the Delft and Munich offices as well, and overall an unforgettable experience. I have to say it was perfect timing.”

“One of the reasons I started working at VIBES as a Software Engineer, was the feeling of quite ambitious drive mixed with team closeness and desire to have fun. And I was right.”

Workshop
After arriving in the Munich office at GATE, we started with a lunch and informal get together. For some colleagues this was the first time to see each other in real-life instead of on a screen. After the lunch we had a productivity workshop. It was about how to get more output (productivity) with the same or even less input.

“As a Software Engineer, I come across this topic a lot. We heard practical advice on building useful atomic habits, prioritization, defining goals, avoiding distractions, and using the right tools. I am excited to implement some of them in practice as we get back to work.”

VIBES Munich office
The next stop was the actual office space of VIBES in Munich. Benjamin, who is originally from Hungary, has worked in offices in London, Budapest and Delft, and can now, for occasional work visits, add this Munich-office to this list.

“Although smaller than the office in Delft, the VIBES there are amazing. I had a taste of the famous Munich-office coffee. Some even had the fancier option – a cappuccino.” 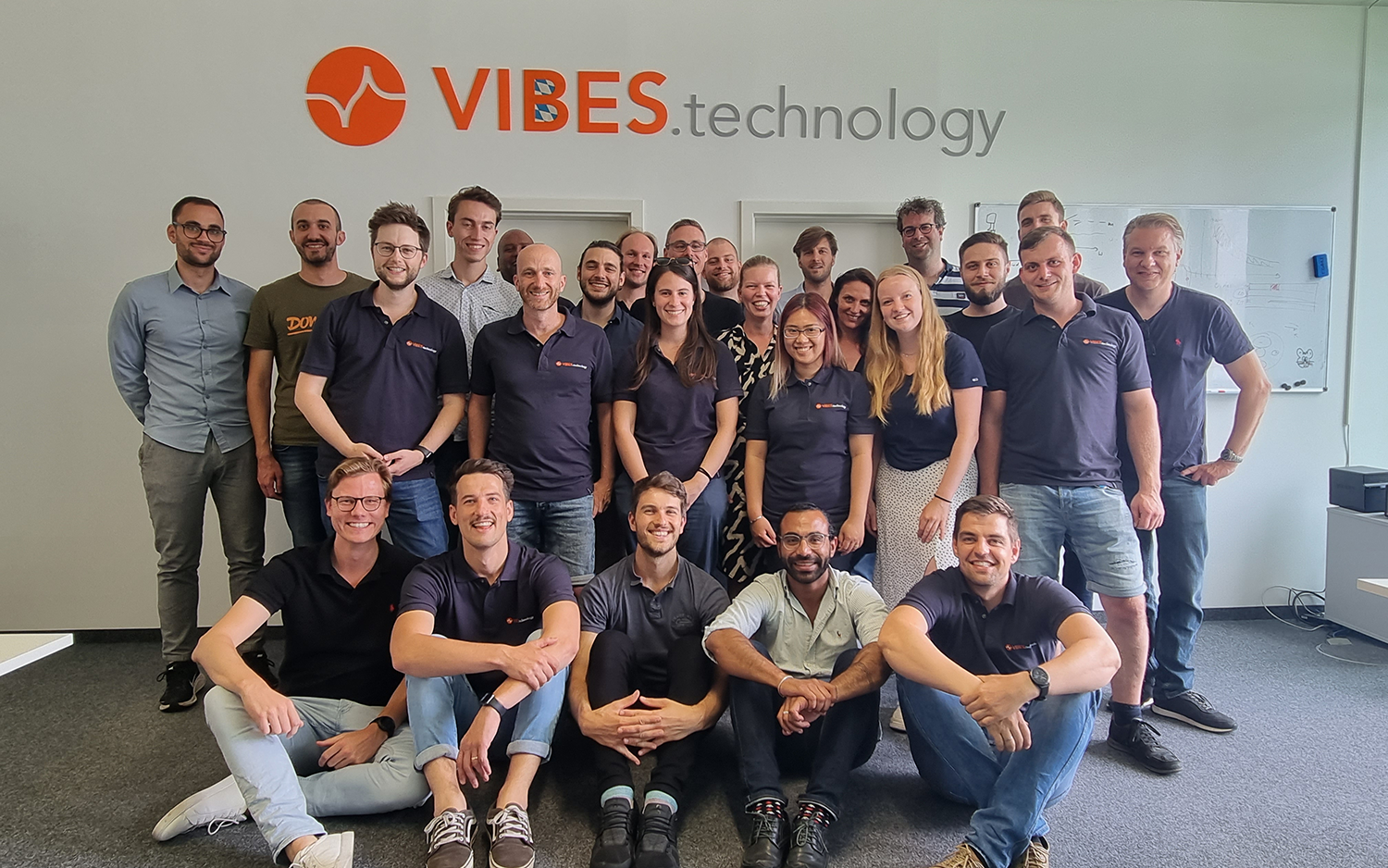 VIBES Team in the Munich Office

BMW Welt
After everyone had the chance to taste this famous (within VIBES) coffee, it was time to move on to BMW Welt. Here we were able to see some of the end products we typically work on at VIBES: the newest vehicles of BMW. You could get in the vehicles and on the motorcycles but (unfortunately, but understandable), driving them was prohibited. That did not spoil the fun though! 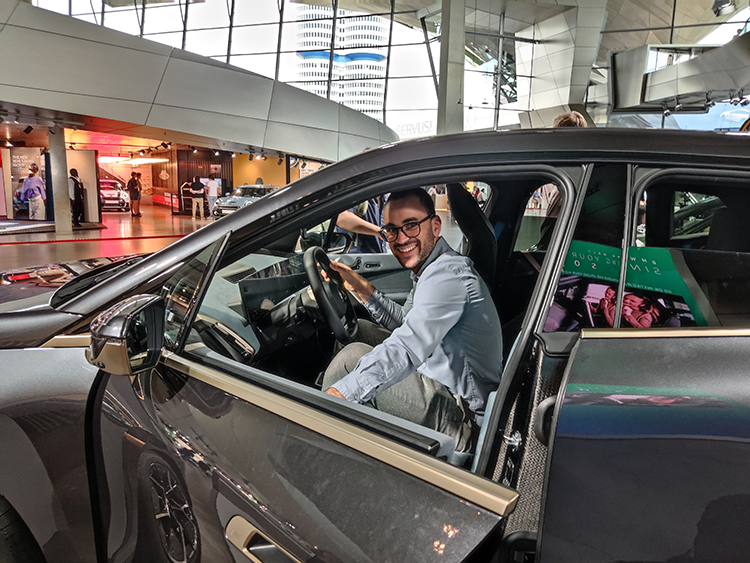 City walk & diner
After BMW, we headed to the hotel. There we had very brief time to get ready and start moving to the restaurant. Most batteries were running low, so this dinner was very welcome. 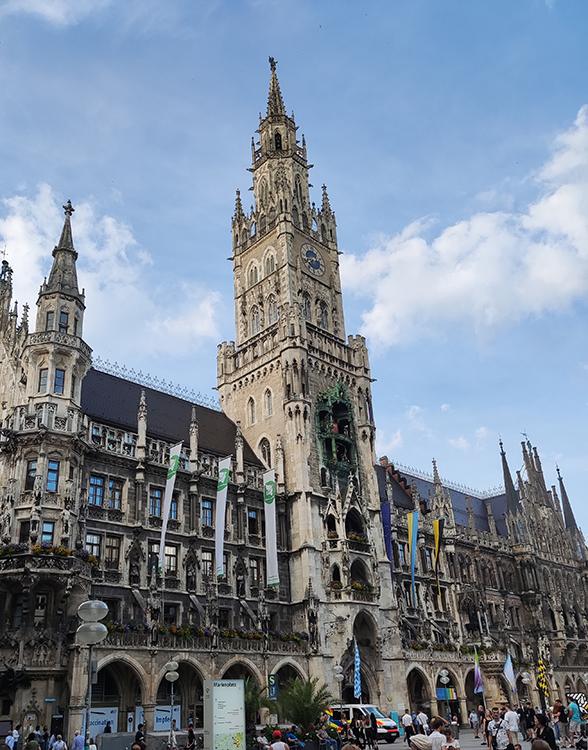 “On the way to the restaurant we went through the centre of Munich. I must admit, I was impressed and surprised by how beautiful the city is. A great place for taking pictures, which is one of my passions. I was very impressed for example by the fact that underneath the big cathedral, it is full with restaurants, pubs and clubs. And that this is a very normal thing in Munich. I’ve never seen this in Bulgary, where I’m from, nor in Eindhoven, where I live now!”

The restaurant itself was a great, a traditional looking place. We were seated in a separate room (the Bierkutscher-Stube) of the restaurant. The food was very tasty and as well the drinks were enjoyed that evening. The evening at the restaurant continued with a lot of talk, laughter, sad moments created by the goodbyes of a few team members but also, happiness and excitement about what the future holds for them.

“It was just moving to see the culture of VIBES and how they value and appreciate their employees, and their work. After experiencing that, I am even more convinced that I joined the right company.”

Tegernsee
The next day we got up early for breakfast and took a train to the south, to Tegernsee, where we continued the program.

“Tegernsee is a spa town located on the shore of Lake Tegernsee, in the Alps of Upper Bavaria. A picturesque city with a lot of expensive cars and nice-looking houses. And a quite imposing lake with visibly fresh water. I needed a very nice refreshment in the lake the moment we arrived there. And I wasn’t alone. It was great to enjoy the fresh water in the fairly early morning.”

After a refreshing dive into the lake and a simple lunch in a park we took the bus to a bike shop, where we rented e-mountain bikes. For the sporty Benjamin, this activity was totally up his alley. In Hungary, where Benjamin lived before he moved to Delft with his wife and son, he competed in the national beach volleyball championships several times.

Some very sporty, some never cycling, we were all able to get started. Even though we had some detours and sometimes trouble finding the right directions, we all made it back safe and in time at the end of the day to get the bus back to the lake for a refreshment. 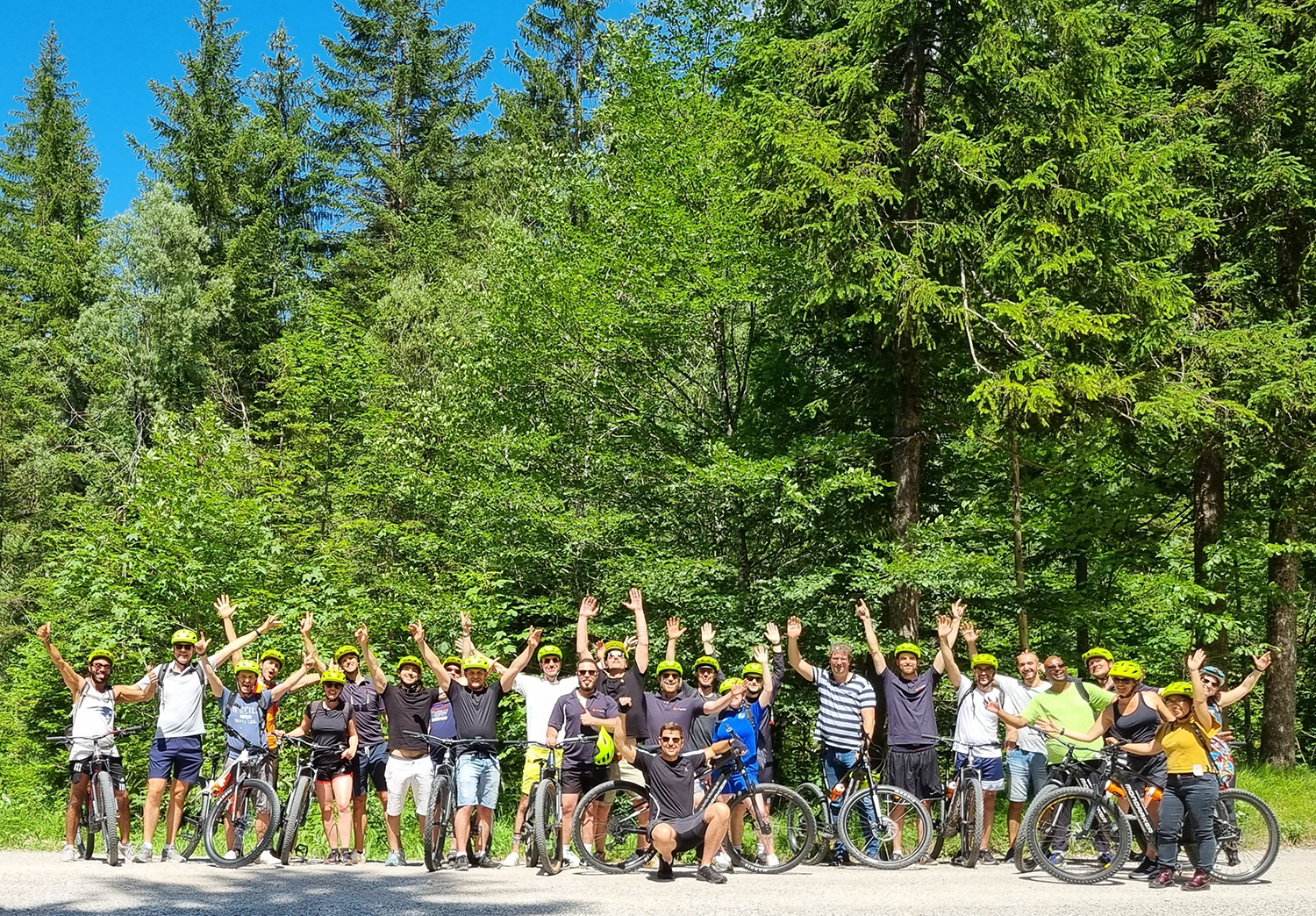 The team halfway the bike tour

“The ride was exhausting until I decided to put on the electric motors and get some relief. What an experience!”

“Fleeing from the heat in the city center to the shelter of the mountain highs and spending the afternoon on fresh air passing by mountain streams, woods, and at the end jumping into the refreshingly cool lake was a real vacation experience, and actually one of the best I had in a long time.”

After some time at the lake, a storm was forming, and we had to run. By perfect time and some luck we were able to be at the booked restaurant the moment the rain started. It was quite a storm; hard rain, winds and a sense of vitality. Inside we enjoyed good food, some had their first time experience of eating the original Wiener Schnitzel. Weiss beer and water were on the table and discussions were flowing in the air about art, reality shows and music. How else could it be, with so many music lovers in the team? Another team fit for Kaloyan (who likes going to concerts and music events) and Benjamin (who plays the piano)!

Weisswurst & reflections on the way home
With another late night or early morning experience our visit in Munich was coming to an end. Though, we enjoyed some beer and typical Weisswurst at the Biergarten in the airport.
The team event showed a tight connection between the team members, a sense of teamwork even, while having fun. Everyone has a similar mindset about life and a common goal, namely, the success of VIBES and people’s individual growth. Through this we are able to converge everyone’s differences and create a pleasant environment for work and fun.

“As a young professional I feel like my role at VIBES is to be molded in a future asset for the company and help VIBES grow through building myself up. I was able to create meaningful connections at the team event which made me feel part of the company already, though I have only been here for 2 months.”

“There was quite a lot to take home from this team event, both personally and professionally. I am glad I could join this event and also the company.”
- Benjamin -

With good memories created at the team event, we will be looking forward to what the future holds for VIBES and the team. For sure more good stories will follow. Keep an eye on our website and LinkedIn to stay posted about all that is going on and don’t forget to check our vacancies if you think you can bring us some more #goodvibes! Have a nice summer all!

Get in touch
Go to career page

Kaloyan, from the beautiful land of Bulgaria, finished a BSc in ICT & Software Engineering at Fontys University of Applied Sciences, Eindhoven. His aim is to resolve any problem and have fun doing it!

Benjamin holds a BSc in Electrical Engineering from the Obuda University in Hungary, focussing on embedded systems and programming microcontrollers.

How it is like to move abroad for a new job: the stories of Manuel and Eleonora