VIBES is growing! Not only our team in Delft is growing, but also our team in Munich is expanding quite rapidly. Whereas at the beginning of this year there was only three of us in Munich; since the first of September we are six in total.

A bigger team also requires more space, so when the opportunity came to rent a bigger office within GATE (an incubator located on the research campus in Garching Munich) we did not have to think twice, packed our “bags” and moved on the 1st of September 2021. That was also Mathias’ first day at VIBES, a nice way to getting to know colleagues (better). Of course Annika, our Office Manager came over from Delft to help us organize everything. And as always; first things first, so we started with putting our company logo on the wall 😊 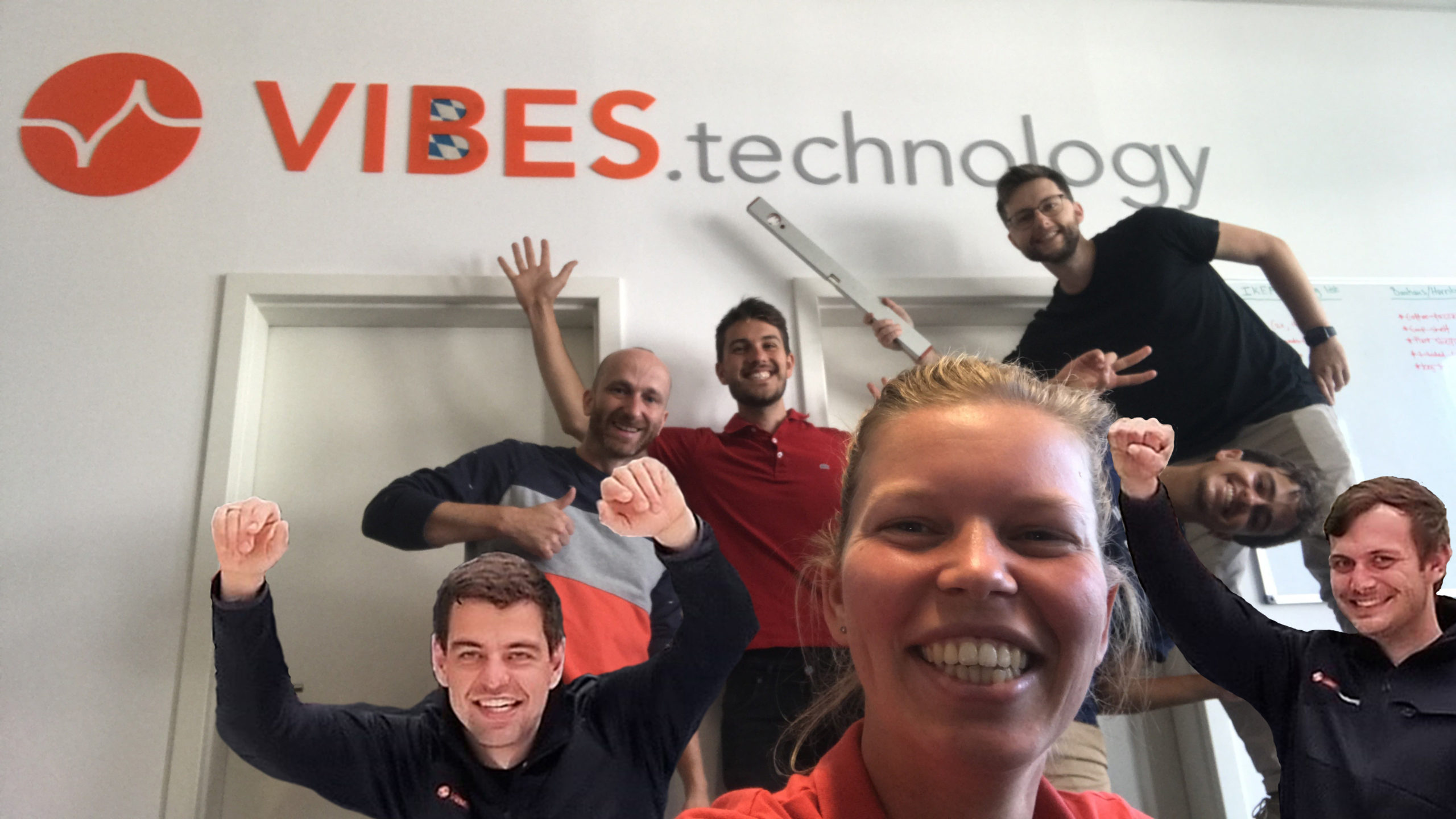 From left to right: Michael, Mathias, Ron, Annika, Philipp, Javier, Daniel.
(Yes, we are aware that the orange dot of the logo is not perfect…)

The vibe during my stay in Munich was great! I thought Ron would pick me up at the airport, but instead all of the colleagues were there to surprise and welcome me and I was introduced to typical Beierisches Weißwurst straight away! 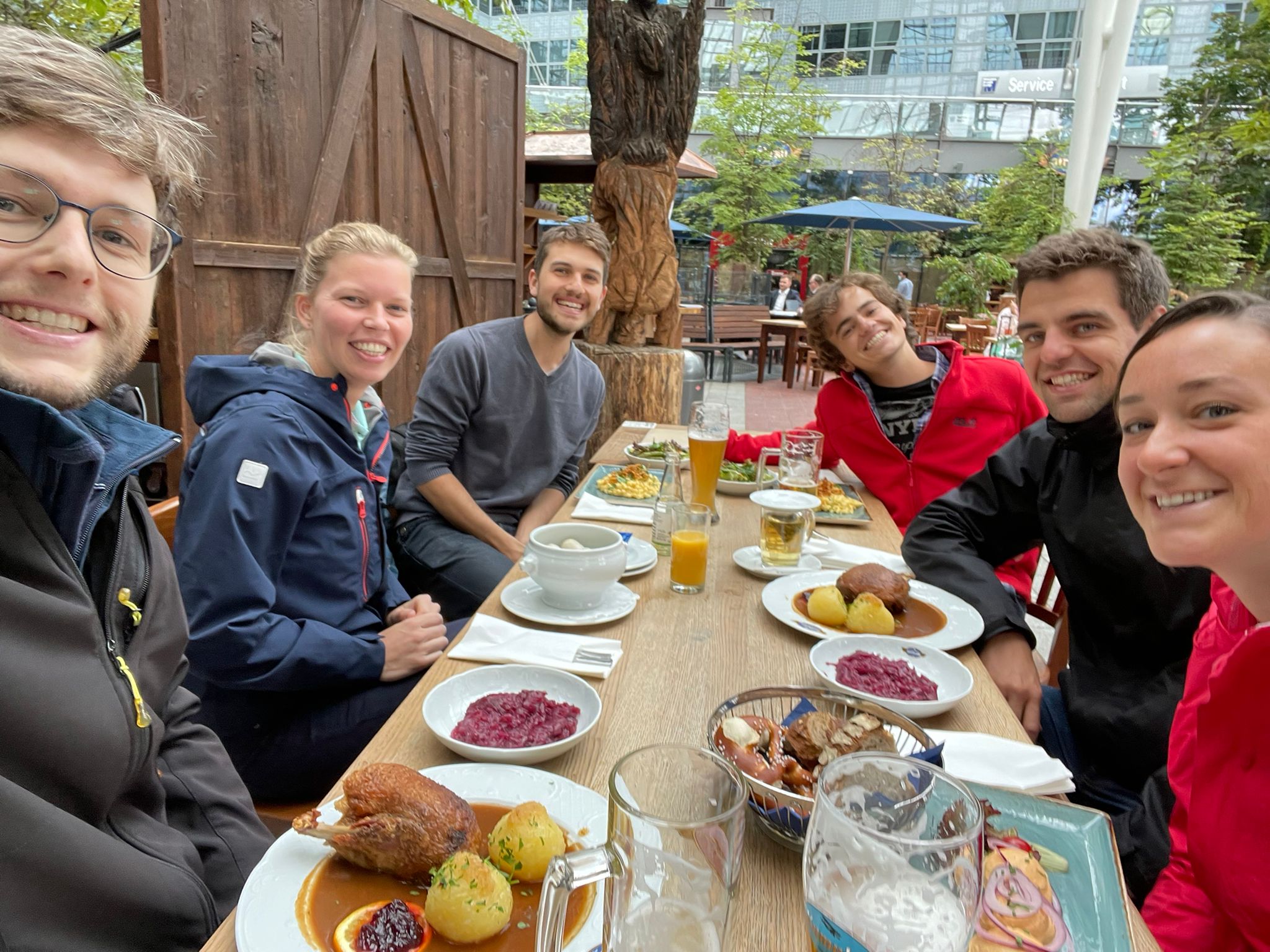 From left to right: Philipp, Annika, Ron, Javier, Michael, Julie (Daniel was on holiday)
(As Julie was missing VIBES already, she came to visit Munich as well, double surprise!)

The new office has, besides a big room for five workstations, also a meeting room, focus room for colleagues that for example work together on a project and a storage (which can later be turned into another work-area). On top of all, our new office even has a “living room” as we like to call it, where colleagues can have an informal meeting, coffee- or lunchbreak.

The VIBES living room in Munich

As the Office Manager of VIBES I was asked to take the lead in changing offices in Munich, so the other colleagues had more time to focus on our core business. For me it was an easy decision after hearing all these good stories about Munich! Also, it was a great opportunity to get to know my colleagues in Germany better by working more closely together for some time. And they even trusted me with a hammer! 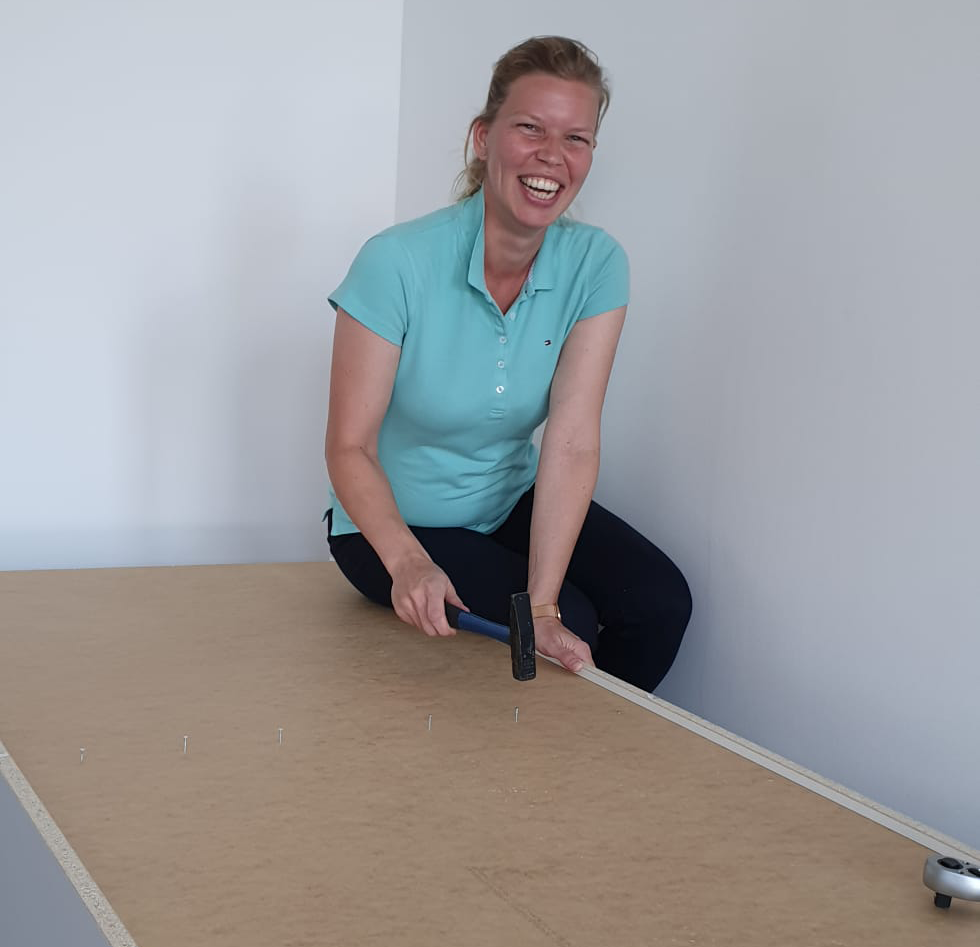 As we now have a bigger office in Munich, we also have more possibilities for colleagues from Delft to visit Munich and work from there. This gives all of us the flexibility to work either in Delft or Munich, depending on workload of different projects and activities. 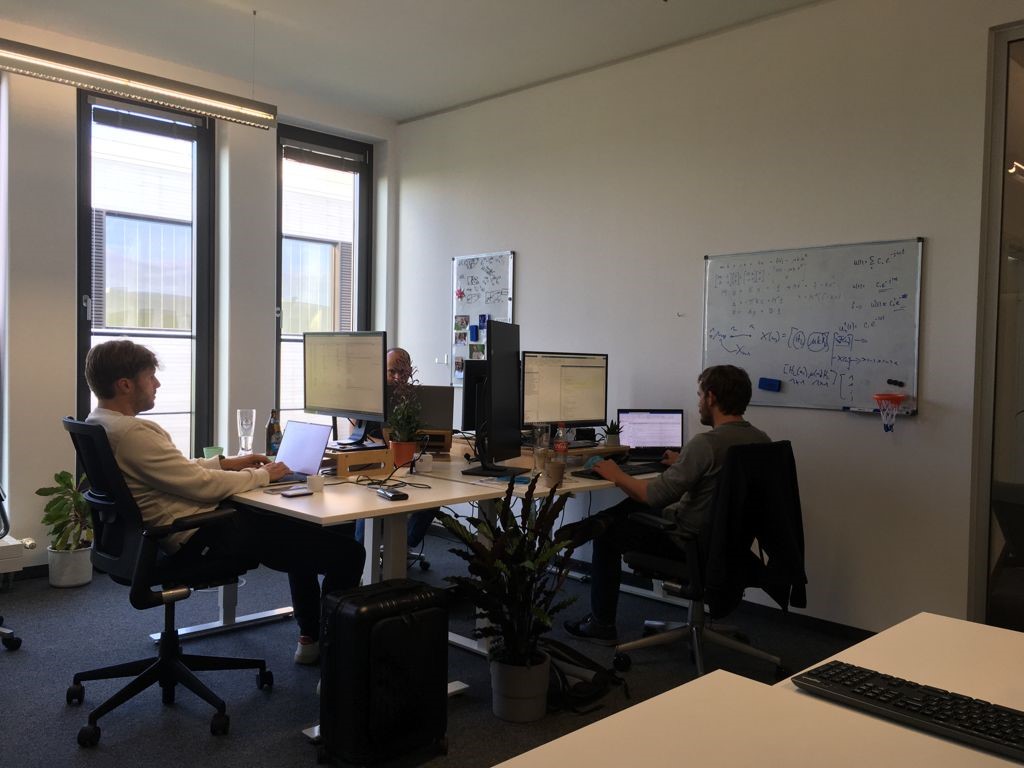 With this great move VIBES is ready for future growth of the team and we are looking forward to be welcoming you at GATE in our new office for a cup of coffee together!

For more information about our company and products, please look around at the rest of our website and if you are looking for more VIBES, feel free to contact us via info@vibestechnology.com.

Unlike most team members Annika does not have a background in Engineering. Instead she holds a bachelor’s degree in Business Administration in Hotel Management from Stenden University. As our Office Manager, Annika is making sure everything is running smooth behind the scenes of VIBES.