Using component-based TPA, the source is described using Blocked or equivalent Forces. Using classic TPA, the source is described using interface forces. In all cases, it is necessary to perform operational runs and either record forces directly or record accelerations and convert them to forces. In some cases, this requires an additional FRF test to get the relationship between force and acceleration. The required tests for the various methods are described in the following section.

SOURCE is designed for efficient implementation of both steps: (1) characterization of the source (using several methods) and (2) application of the forces for Transfer Path Analysis studies.

With component-based TPA, the source excitation is characterized by a set of equivalent forces that are an inherent property of the active component only and that would render the same responses on the passive side as the original source. For this reason, the dynamics of the passive side can be included in a later stage. The next table provides an overview of the Blocked Force methods implemented in SOURCE. 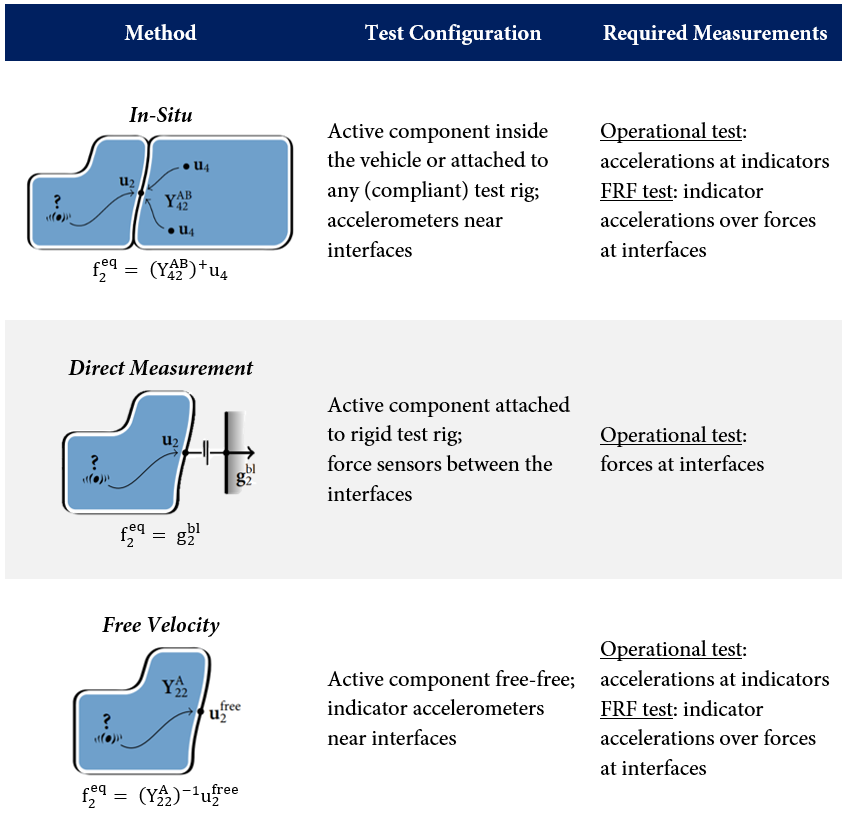 Classic TPA is a suitable method to identify transfer path contributions in existing products. With this method, interface forces between the active source and a passive component are obtained. These forces are a characteristic of the full assembly, thus any change to the passive side would require new measurements and would result in new interface forces. The next table provides an overview of the interface force methods implemented in SOURCE. 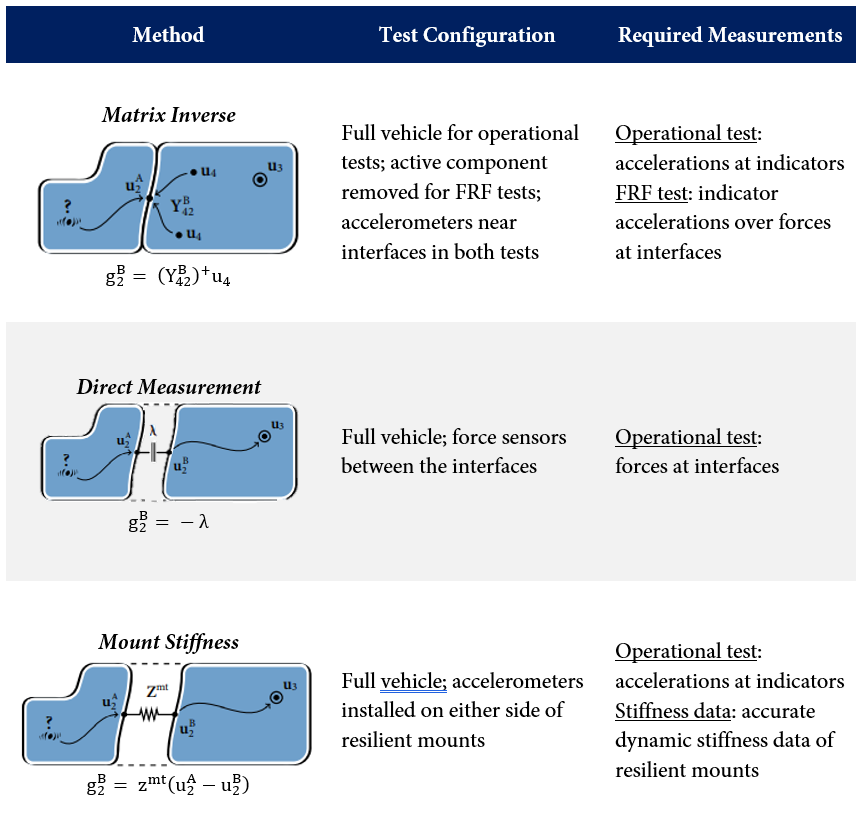