The title of the plot displays which channel is being shown. To change it, either click in the title and select the desired channel from the drop-down menu, as shown in the left side of the next figure, or hover your mouse over the title and use the mouse scroll wheel to scroll through the different channels. Multiple channels can be plotted simultaneously by holding CTRL or SHIFT while selecting multiple channels in the title. 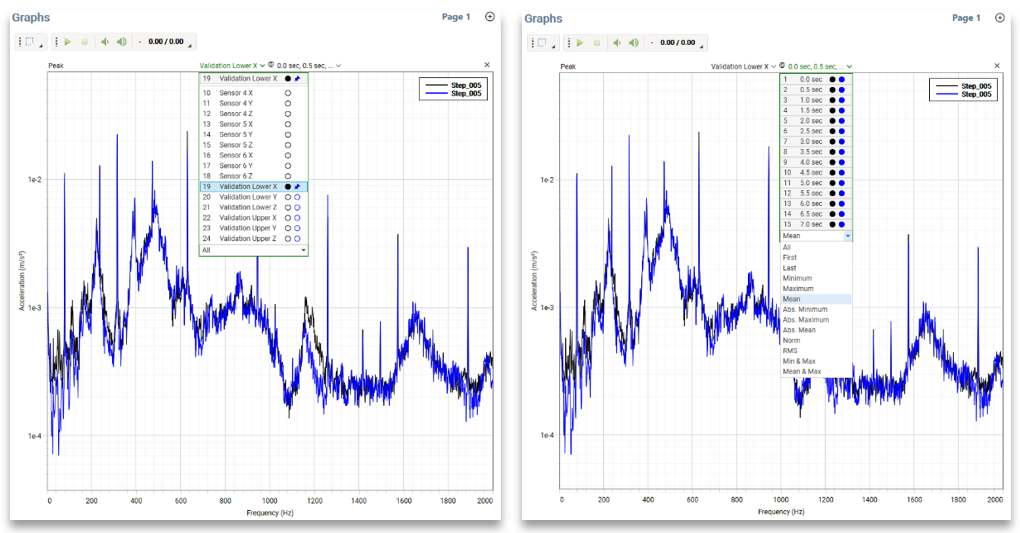 Within the Analyze module, the title of the plot also displays which data blocks are being shown. Similar to the channel selection, this can be changed by clicking on the block name to access the drop-down menu, as shown in the right side of the previous figure, or by using the scrollbar. Typically, we desire to show the spectra for several blocks simultaneously by holding CTRL or SHIFT while selecting multiple blocks in the title.

The selection title in graphs shows which datasets are available for the particular channel or block using filled or open circles. By clicking on the icon, you can “pin” the dataset, so the selection stays on that row / column when you change the selection of the whole graph. This is useful when multiple datasets are plotted in one graph that do not have matching block labels. An example is shown in the left side of the figure above.